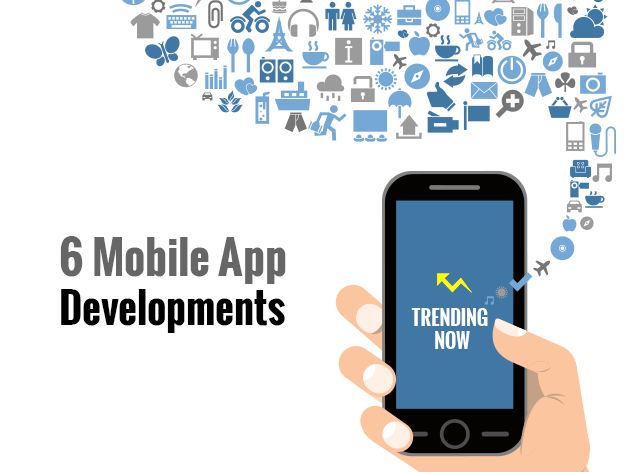 Mobility has changed the way we live and interact with each other and ever since the first mobile phone came into vogue in the mid-80s, it has drastically altered the landscape of communication. With smartphones dictating our every move, it’s only logical to think that app development is going to get much bigger in the near future. There are about about 2 million apps in the Apple App store and 2.8 million apps in the Google Play store. Android is leading the way with 87.8 percent of the market share, with iOS a distant second at 11.5 percent. Hate them or love them, but you just can’t ignore the trends in the mobile app development arena.

Asia-Pacific region is now the biggest market for mobile apps with a revenue of $36.9 billion, which exceeds the revenue generated by the American market, and in this light the role of India becomes all the more important. The app usage in India has grown at a rapid rate, which is much higher than the global rate (India 43 percent, global 11 percent) and the smartphone penetration has also grown from 21.2 percent in 2014 to a probable 39 percent in 2019.

With over 4 million apps in the market, mobile app developers are much in demand nowadays, and they are coming with innovations every day. With an aim to provide them a platform to showcase their skills, GMASA (Global Mobile App Summit and Awards) helps and honors upcoming and budding app developers.

GMASA’s next destination is Bangalore, where it is going to be held on 6th of July and 7th of July this year. The world’s biggest platform to showcase innovations in the field of mobile app development is coming to Bangalore and is going to be a conglomeration of developers, analysts, and everyone connected with the mobile app ecosystem.

In this light let’s take a look at some of the key trends that will shape the future of this industry in 2017 and ahead:

1. Artificial Intelligence is the future

According to a survey by Gartner there is going to be a 300 percent increase in the spending on AI in 2017 as compared to 2016. Through the use of advanced analytics, cognitive interfaces, and machine learning techniques, AI will provide business users access to powerful insights never before available to them. AI apps, such as Prisma, Siri, and Google Now are already in the market, and 2017 is going to make further inroads in the field of AI.

2. AR and VR are going to lead the way

In 2016, Augmented Reality and Virtual Reality were revolutionary in the gaming industry, with games like Pokemon Go, Sky Siege and iOnRoad being shining examples of the development in the field of AR, whereas the popularity of Samsung VR, Google Cardboard and Oculus Rift bear a testament to the growing popularity of VR.

3. Welcome to the Cloud era

We are all very aware of the growing clout of Cloud technology and it’s only a matter of time before cloud apps come in vogue and data is directly fetched from the cloud, thus reducing the space taken in your smartphone’s internal memory.

4. Growing use of Enterprise Apps and Micro Apps

The main aim of enterprise apps is to manage and streamline important business processes on the go, whereas a micro app targets a very specific operation. Developments in this field are only going to gain momentum in 2017.

5. Mobile commerce will get a push

Instead of using their credit and debit cards, more and more people are opting for Google Wallet and Apple Pay. This trend is only going to increase in the near future, with more and more customers opting for these options.

2016 witnessed a phenomenal growth in the mobile app development and a similar growth in the app economy can be expected in 2017. The year saw a marked increase in the number of companies that are going for a mobile-first approach and realizing that mobile is no longer a secondary thought but a prime investment opportunity. Mobility has become more mainstream than ever and app developers play a crucial role in defining its future course.

GMASA’17 will provide an ideal platform to know more about the trends. Stay updated. Click here to register for the event NOW and avail the early bird offer.

To know more on what’s trending in mobile developments, download the eBook now!