Glimpses of Our Press Meet

On December 8, 2015, a press meet was held in Jakarta, Indonesia to announce the Global Mobile App Summit and Awards. The press conference was arranged by GMASA’s PR Partner, Kennedy, Voice & Berliner, and was attended by representatives of many leading national dailies and technology media outlets.

During the meet, our Chairman, Mr. Venkatesh C.R. spoke about why Jakarta was chosen as GMASA’s next host city, citing Indonesia’s economic standing and its status as the third largest smart-phone market leader. In bringing the event to Jakarta, GMASA hopes to lend weight to the fact that Indonesia figures as a major player in international market circles. He also talked about the Indie Pitch Fest, and the need to find and foster untapped mobile game developers, to help them make the scene.

Also in attendance at the event were two of GMASA’s scheduled speakers: Anton Soeharyo, Co-founder and CEO of TouchTen Games and Leon John Hermann, Associate at Global Founders Capital.

Registrations for GMASA’17, Jakarta are fast filling up, and now’s your chance to be a part of it.

We hope to see you there! 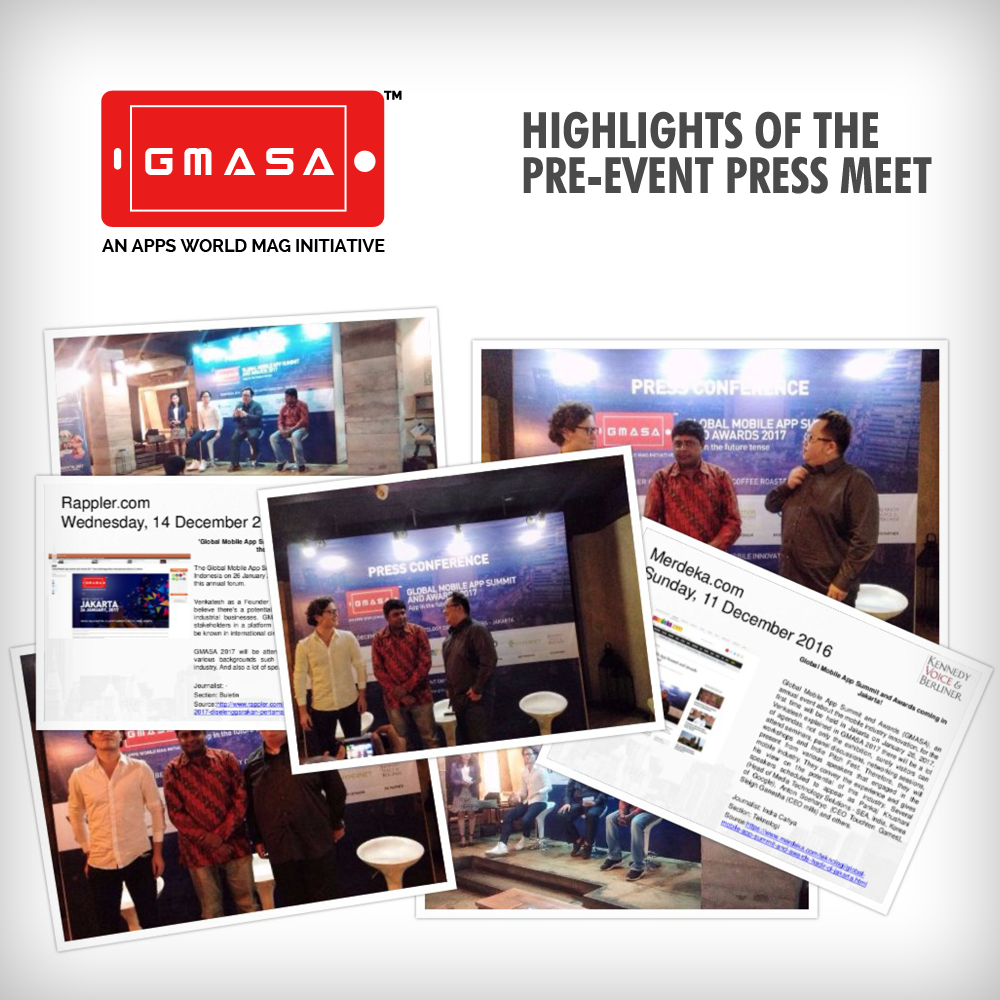